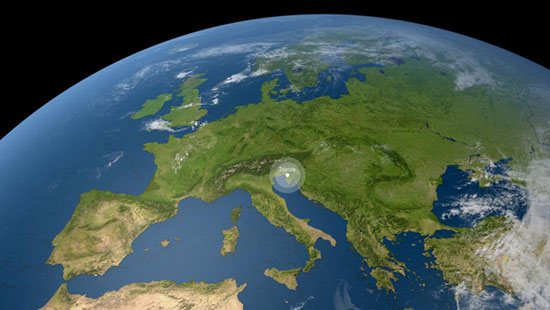 The real problems for the development of the international Free Port of Trieste are not about trade and market, rather, they depend on the false information on the subject that are spread among Italian politicians and public officers that discuss about it, even in good faith.

This is confirmed, for example, by the question addressed on 17 February 2021 by Senator Matteo Richetti to the Italian Government about the legal relationships between the international Free Port of Trieste and the customs procedure of the European Union (the document, in Italian, is published HERE).

The question is sent to the Minister of Infrastructures and Transport, Mr. Daniele Franco, and to the Minister of Economy and Finance, Mr. Enrico Giovannini, and it clearly shows both the good intention of the Senator, and how his sources of information on the subject have mislead him.

His question is based on three main statements: that the free port of Trieste is included in the list of free zones within the customary territory of the EU, that the Italian Government would have failed to inform the EU of that port’s international legal status, and that this failure prevents the effective enforcement of said legal status.

However, none of these statements is true, because the international Free Port of Trieste is not one of the EU’s free zones, the Italian Government has not failed to inform the EU about the ports’ special legal status, and the obstacles to its full development do not depend on either Rome or Bruxelles.

This is perfectly explained in the official note, in English and in Italian, that the International Provisional Representative of the Free Territory of Trieste – I.P.R. F.T.T. has sent to Senator Richetti and to the two Ministers (LINK) after the controversial President of the Trieste Port Authority, Zeno D’Agostino, proclaimed his public support to the deceptive question.

In facts, the note of the I.P.R. F.T.T. explains that the international Free Port of Trieste is not (and cannot be) included in the EU’s custom territory, because the 1947 Treaty of Peace with Italy establishes it as a State corporation of the Free Territory of Trieste, over which, since 1954, the Italian Government exercises a special trusteeship sub-mandate in the form of a temporary civil administration, and thus it has also accepted, with official acts, the deriving responsibilities of international representation before Community authorities.

The true omission committed by the Italian Government is, according to the note of the I.P.R. F.T.T., its failure to conclude, exercising the aforementioned role, specific agreements between the administered Free Territory and the EU, not even when it comes to the international Free Port, and despite being legally bound to conclude them.

As for this, the note of the I.P.R. F.T.T. reminds that the Treaty of Peace of 10 February 1947 is an upper-ranking, binding instrument of law both in the Italian legal order, which fully implements it under the Legislative Decree of the Provisional Head of State No.1430/1947, ratified under Law No. 3054/1952, and in Community Law (ab origine by virtue of arts. 307 TEC, then 234 TEEC, now 351 TFEU), which is itself binding for the Italian legal order (arts. 10, 11 second part, and 117, first paragraph of the Italian Constitution).

Due to this, continues the note, CEE Regulations EC 2151/84, EU 450/2008, and EU 952/2013, as well as Special report No 2/93 of the European Court of Auditors define Community territory for customs and taxation with their own lists of the national territories and of the free zones of EU Member States, and said lists do not include the Free Territory of Trieste and its international Free Port, being it as independent entities or as customs territory or “custom-free” of Italy or of the EU.

When it comes to the actions of the Italian Government, the I.P.R. F.T.T. reminds that on 4 March 1969, when the Council of the European Communities approved Council Directive 69/75/EEC, regarding the harmonisation of provisions laid down by law, regulation or administrative action relating to free zones, the Council and the European Commission recognized, with a Statement for minutes, the different pre-EU and extra-EU legal status of the international Free Port of the present-day Free Territory of Trieste, sub-entrusted to the temporary civil administration of the Italian Government.

The Council and of the Commissions’Statement for minutes does indeed recognize, «Following communication from the Italian delegation and in regard to Art. 234 of this Treaty» the TEEC «that: 1. the Free Port of Trieste has been established under Annex VIII of the Treaty of Peace between Italy and the Allied and Associated Powers signed in Paris on 10 February 1947, and it has been among the subjects of the Memorandum of Understanding of London of 5 October, 1954». And this, underlines the note of the I.P.R. F.T.T., is the instruments with which the Governments of the United States and od the United Kingdom have sub-entrusted it to the Italian Government.

Furthermore, the note of the I.P.R. F.T.T. reminds that, in the Italian legal order, Directive 69/75/EEC is enforced by virtue of the Decree of the President of the Italian Republic No. 1133/69, with which:

«The President of the Italian Republic – In view of the Treaty establishing the European Economic Community, ratified with Law No.1203 of 14 October 1957; […];

In view of Legislative Decree of the Provisional Head of State No.1430 of 28 November 1947, which enforced the Treaty of Peace with Italy between Italy and the Allied and Associated Powers, signed in Paris on 10 February 1947 […];

Article 32: as for the free ones included within the Free Port of Trieste referred at Annex VIII of the Treaty of Peace with Italy between Italy and the Allied and Associated Powers, signed in Paris on 10 February 1947 and enforced in the Italian legal system with Legislative Decree of the Provisional Head of State No.1430 of 28 November 1947, the more favourable provisions in force shall remain unchanged by derogation from the preceding clauses.»

This means that the Italian Government has not omitted to inform the EU about the special legal status of the international Free Port that is entrusted to its management as part of the sub-mandate of temporary civil administration of the present-day Free Territory of Trieste, but it has confirmed it once again its full legal force and effectiveness with the recent interministerial Decree (without number) issued on 13 July 2017 and regarding the administrative management of the free zones included in the area of the Free Port of Trieste.

Indeed, that Decree is issued by the Ministry of Infrastructures and Transport together with the Ministry of Economy and Finance, in compliance with the obligations at art. 6, paragraph 12 of Italian Law No. 84/1994 and of the «Memorandum of Understanding of London of 5 October 1954 between the Governments of Italy, of the United Kingdom, of the United States, and of the Socialist Federal Republic of Yugoslavia regarding the regime of temporary administration of the Free Territory of Trieste, envisioned at Annex VII of the Treaty of Peace between Italy and the Allied and Associated Powers, signed in Paris on 10 February 1947».

In view of this, the note of the I.P.R. F.T.T. considers that the true obstacles to the correct management of the international Free Port of Trieste do not depend on the Italian Government, not on the European Union, rather, they depend on Trieste itself, in particular, by the unlawful actions of a local system of corruption that seriously affects the local bodies of the Italian administration, as well as providing misleading information to the Government itself.

According to the note of the I.P.R. F.T.T. «it is a political-economic local “mafia” that, by acting that way, keeps the Question of Trieste and of the international Free Port in a state of ambiguity, misinformation, and overall ignorance, in order to scandalously profit from systematic violations of the laws on the subject, of international law, and of the political and economic rights of the people of the Free Territory».

The note reminds that the economic and social damages caused by the actions of that system of corruption are so serious that the I.P.R. F.T.T. had to summon the sub-administering Italian Government and some of its Ministries before Court, seeking the legal demonstration of the legislation enforceable in Trieste as for taxation (LINK) the collection of the Value Added Tax – VAT (LINK), and the management of the international Free Port, including illegal agreements with the People’s Republic of China (LINK).

The note of the I.P.R. F.T.T. considers also how the «current state of those lawsuits has already provided documental evidences of the degree of influence of the local “mafia” on the Italian judiciary that serves its duties in Trieste».

As for the management of the international Free Port, the I.P.R. F.T.T. did also have to open an exchange of letters with the European Commission and to submit an official intervention in Procedure State aid SA.38399 (2018/E) regarding the taxation of Italian ports (LINK).

The note of the I.P.R. F.T.T. does thus consider that Senator Richetti and all other Italian parliamentarians who are willing to seriously question their Government about the evident sabotage of the extraordinary economic roles of the international Free Port of Trieste should ask «why, in Trieste, the local system of corruption and illegality has not been investigated and eradicated yet using the same investigative and judicial instruments that are used against traditional mafias».

The document ends with a clear legal and political reminder that «when it comes to Trieste, the unpunished local corruption prevents the correct enforcement of a special trusteeship mandate that is sub-entrusted to the Italian Government by the Governments of the US and of the UK on behalf of the UN and for the best interest of the administered population».