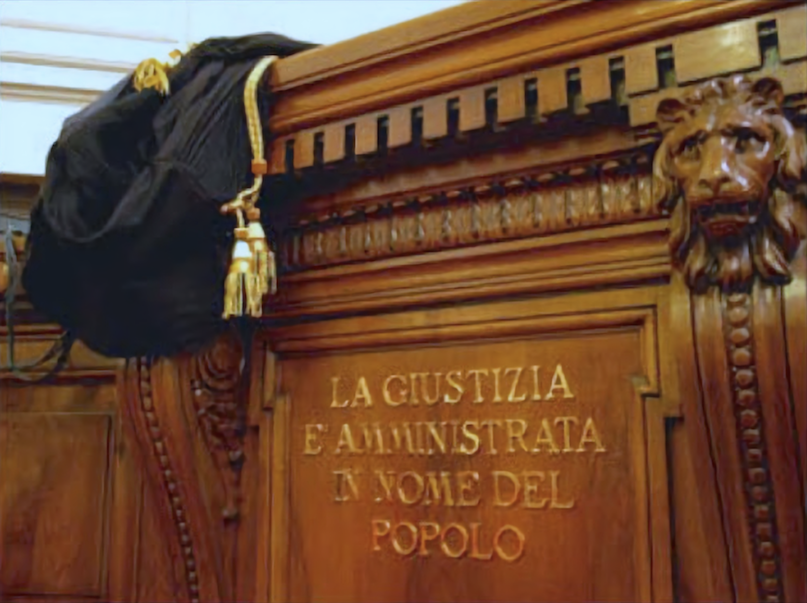 Trieste, 25 November 2021 – The local Court of first instance expressed itself on civil lawsuit No. 4277/2018, initiated by the I.P.R. F.T.T. and revolving on the enforceability of the Italian Imposta sul Valore Aggiunto – I.V.A. (Value Added Tax – VAT) in Trieste: the monocratic judge has refused to demonstrate and apply the laws in force on the matter with a “suicidal” judgment despite those laws being perfectly documented (LINK). Due to this, the judgment is already in the process of being impugned in second instance, before the Court of Appeal.

The judgment is “suicidal” because Italian Courts follow the civil law system, and are bound to know and to enforcing the law, however, this judge has refused to comply with her obligation, and she did it copy-pasting the same groundless reasonings that the local Court of Appel had itself copy-pasted from an administrative judgment in its own decision, which is therefore impugned, since 18 January 2021, before the Italian Supreme Court of Cassation (LINK).

As evident from the appeal to the Italian Court of Cassation (LINK), those reasonings are a gross collage of notorious, old pseudo-legal theses spread by the nationalistic political school of A.E. Cammarata, M. Udina and their pupils after the coming into force of the 1947 Treaty of Peace in order to fuel revanchist claims pretending that the the Free Territory of Trieste had not been established.

Their theses are built upon false claims about Italian laws as well as about instruments and principles of international law, which have been spread for political purposes also in universities, influencing countless law students that have never verified them (LINK).

The result is, the mistakes and falsehood spread on the subject have become rooted in the circles of judges and lawyers as well as in academics essays, contributing to the raise of a deviant Italian patriotism, which breaches Italian laws in the belief of defending them, as well as being used to shield a parasitic local “system” of corruption.

The first complete review of the subject begun in 2013 on the initiative of the Free Trieste Movement, and it was consolidated in 2017 by the I.P.R. F.T.T. with a systematic review of law (LINK) which made possible initiating civil lawsuits for demonstration, actively supported by an unprecedented number of citizens and enterprises.

Indeed, there is no room to doubt that the Italian legal order itself recognizes since 1947 the establishment of the present-day Free Territory of Trieste in its envisioned provisional regime of Government, entrusted to the Governments of the US and of the UK, which in 1954 have sub-entrusted it to the Italian Government for the exercise of civil administration, and to NATO for matters of military defense, while the questione of former “Zone B” – a long-standing source of nationalistic revanchism – is closed since 1992.

The main obstacles to the lawsuits for the demonstration of the legal force of the aforementioned legal framework are the consolidated falsifications on the matter and the illegal pressing of the local system of corruption.

The strategy to overcome both obstacles consisted in a first series of three civil lawsuits regarding the taxation, the V.A.T. and the management of the international Free Port of Trieste, opened over time in order to cover all three instances of judgment (Monocratic judge, Court of Appeal, Court of Cassation), and accessing, if necessary, the competent European of international Courts.

So far this legal “chess game” progressed as expected, and is now getting closer to the successful ending presented in the summarized analysis we have published on June 29th (LINK).

To which, at this point, is worth adding that the “suicidal” judgment of the Court of first instance in the lawsuit about the V.A.T. has short-circuited the local judiciary because as soon as the judgment is impugned, the Court of Appeal is forced to re-evaluate the very same groundless theses it has expressed in its previous judgment about taxation, which is now impugned before the Italian Court of Cassation.

At this point, it is reasonable expecting that the Italian Supreme Court of Cassation promptly takes care to re-establish the rational order of the rule of law and of legality in the unacceptable chaos that decades of now anachronistic political pressing have caused on the matter as well as putting an end to the current illegal speculations.