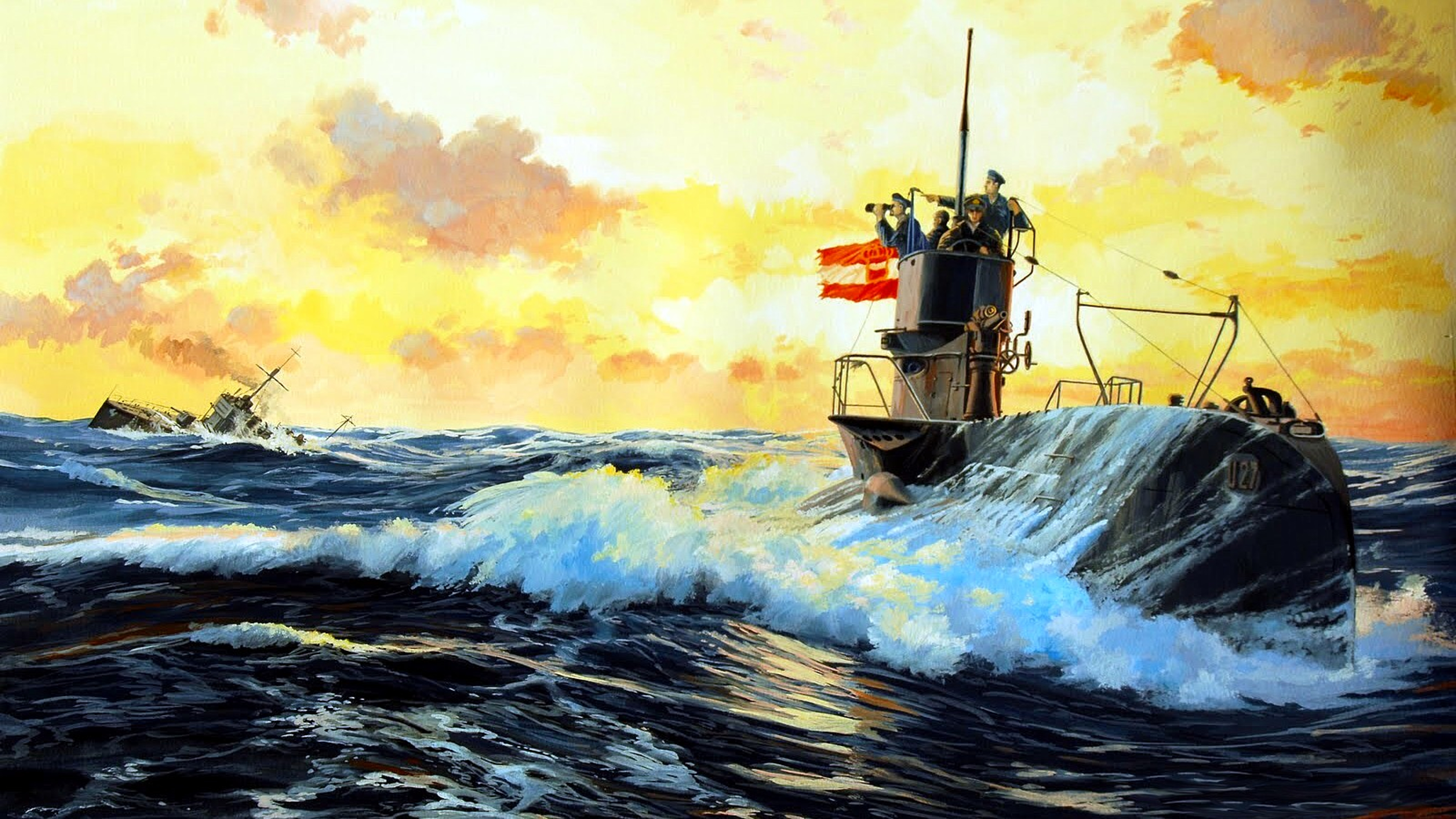 In June 2019 the Free Trieste Movement hosted in the club at the first floor of its piazza della Borsa 7 office the historical photo exhibit “1914-18: Trieste and Austria-Hungary’s submarines” organized by Civiltà Mitteleuropea and curated by Alessandro Mlach. We would like to share a selection of 18 especially meaningful historical photos picked among the over 70 that were displayed. 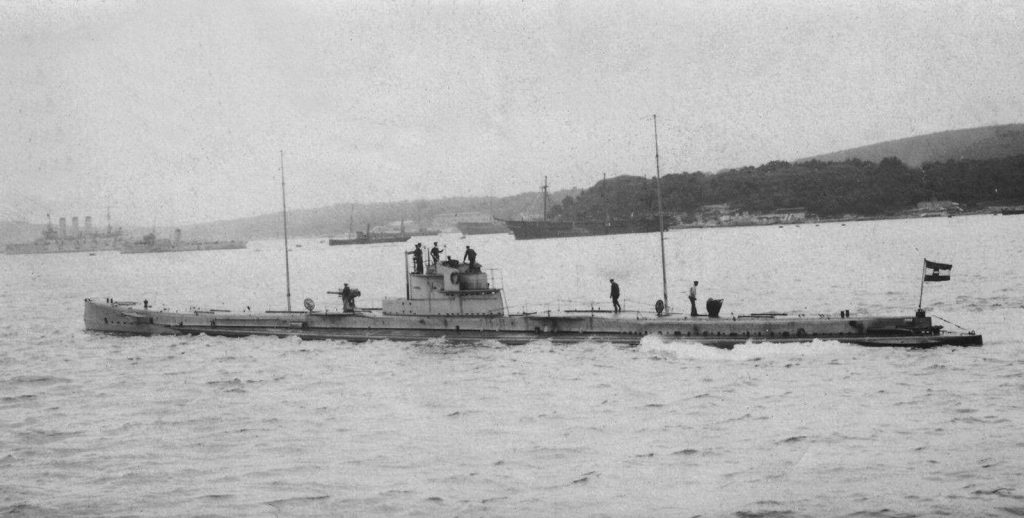 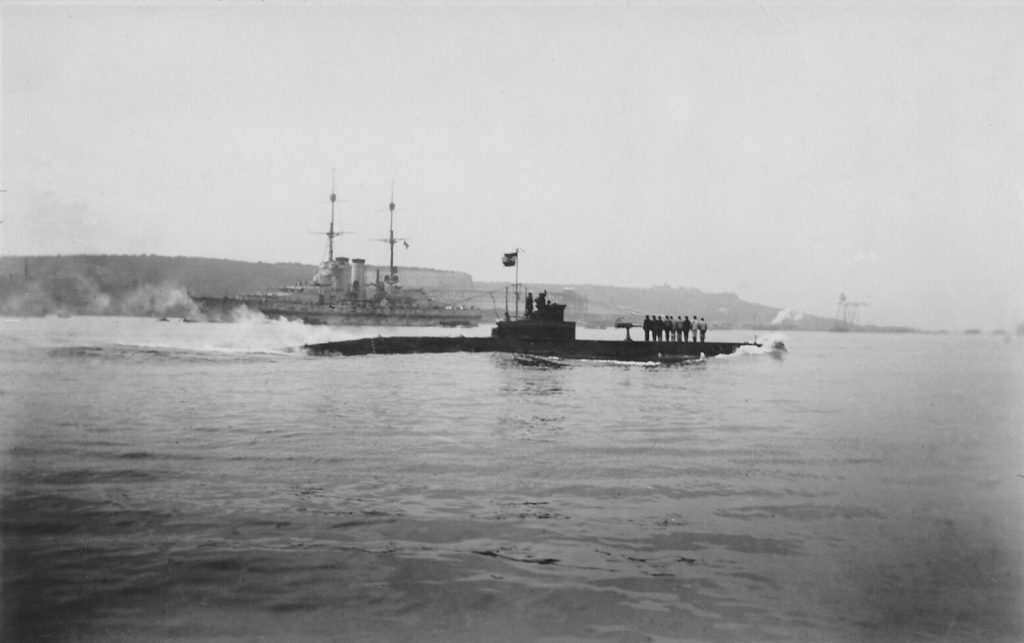 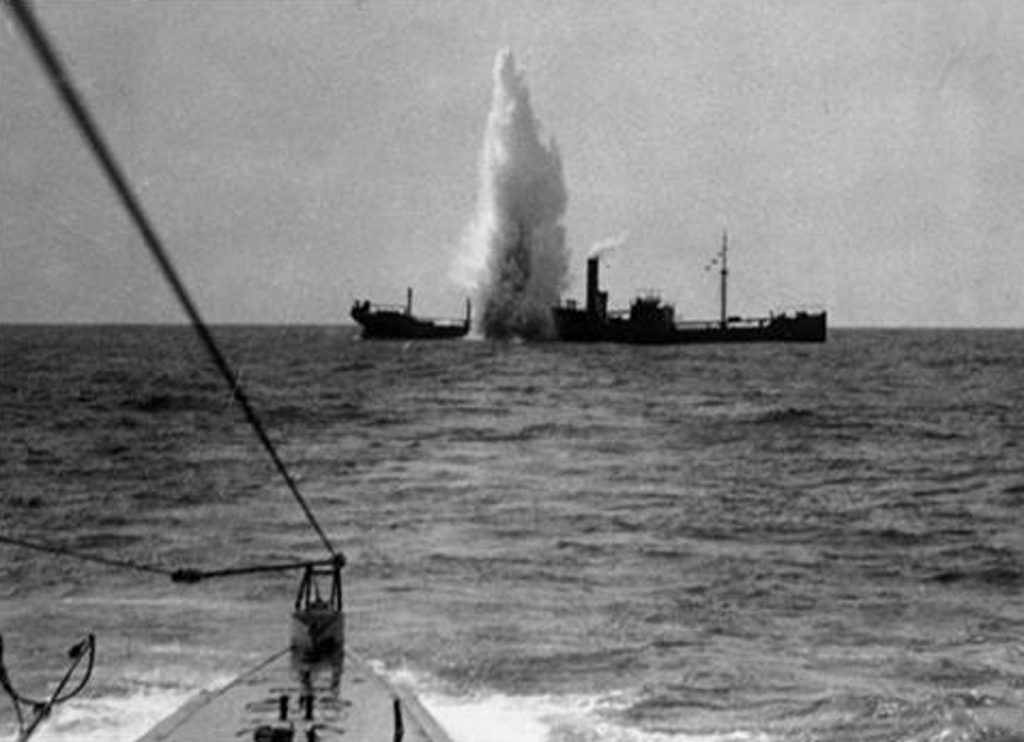 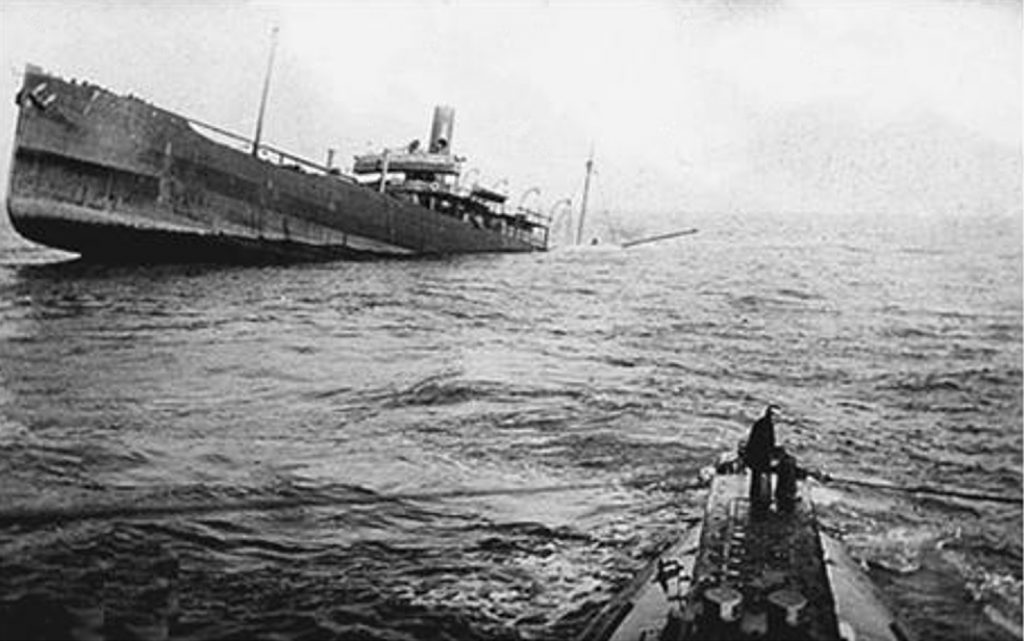 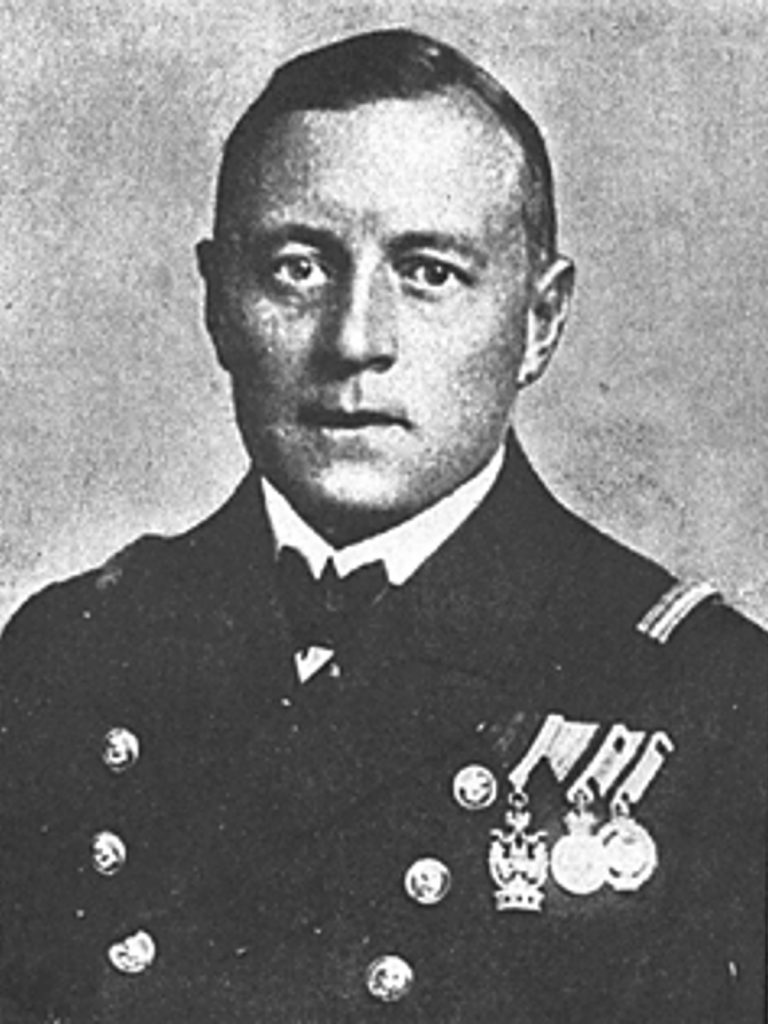 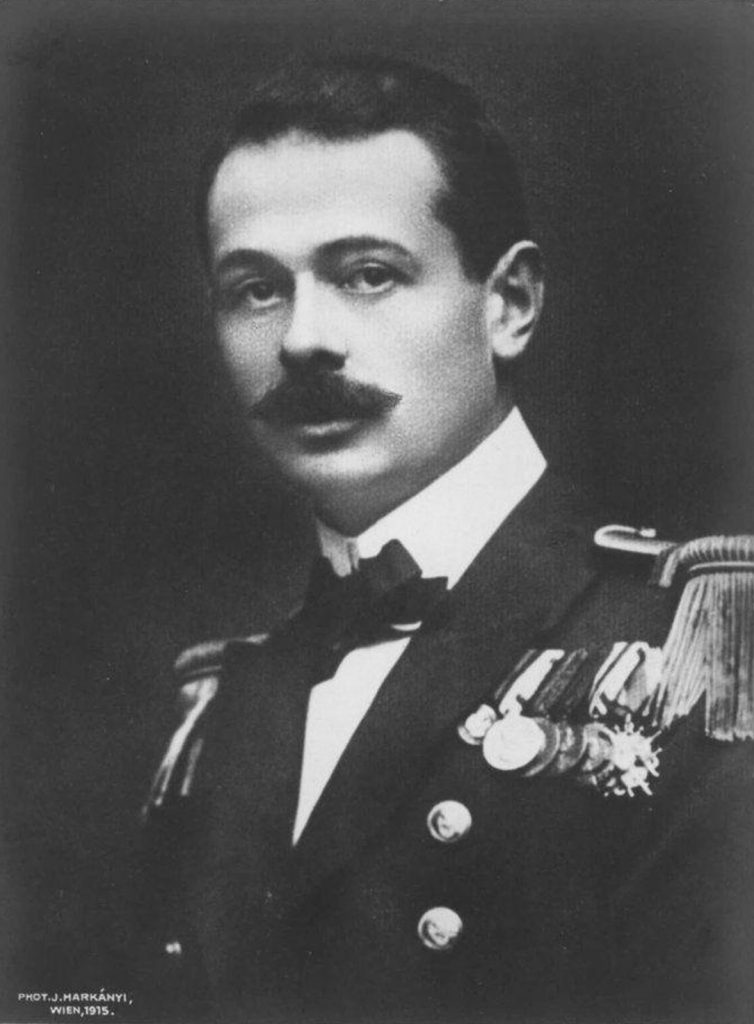 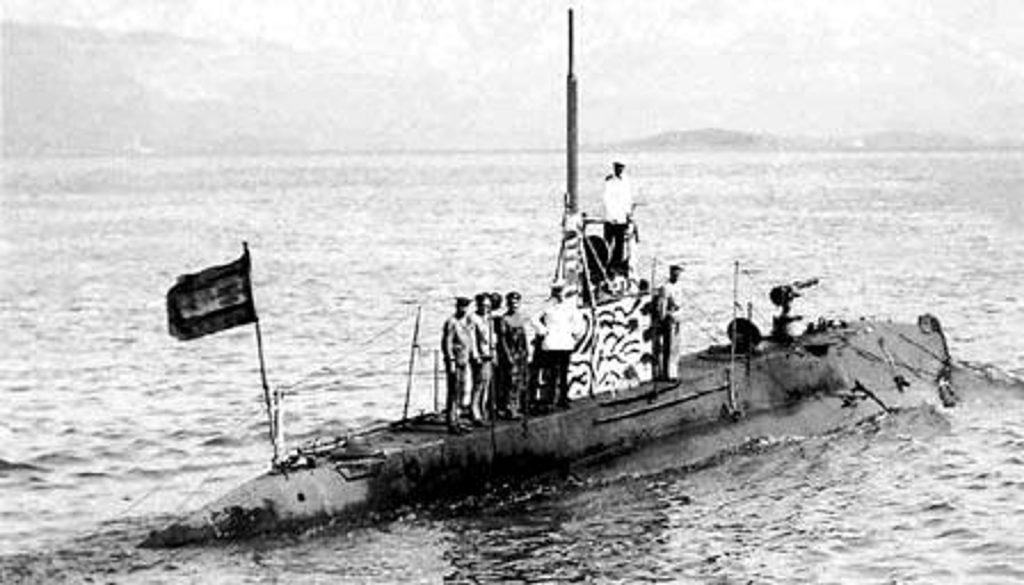 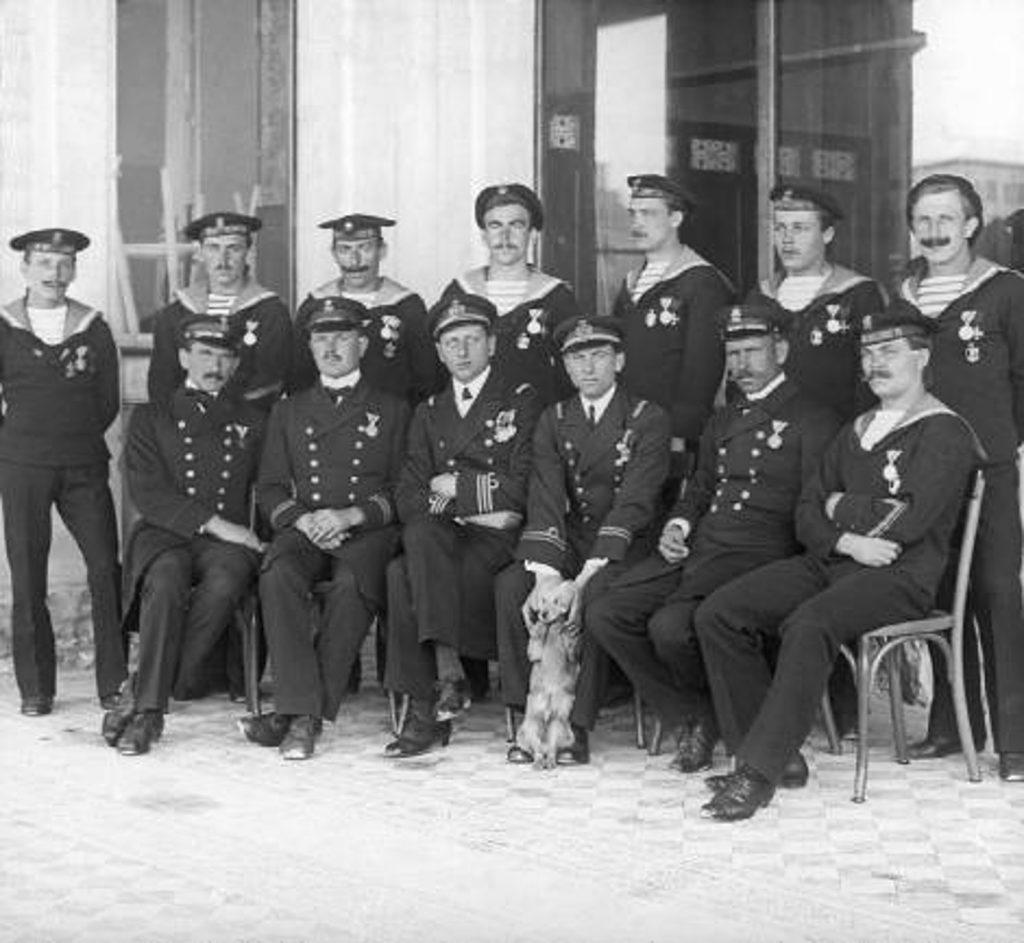 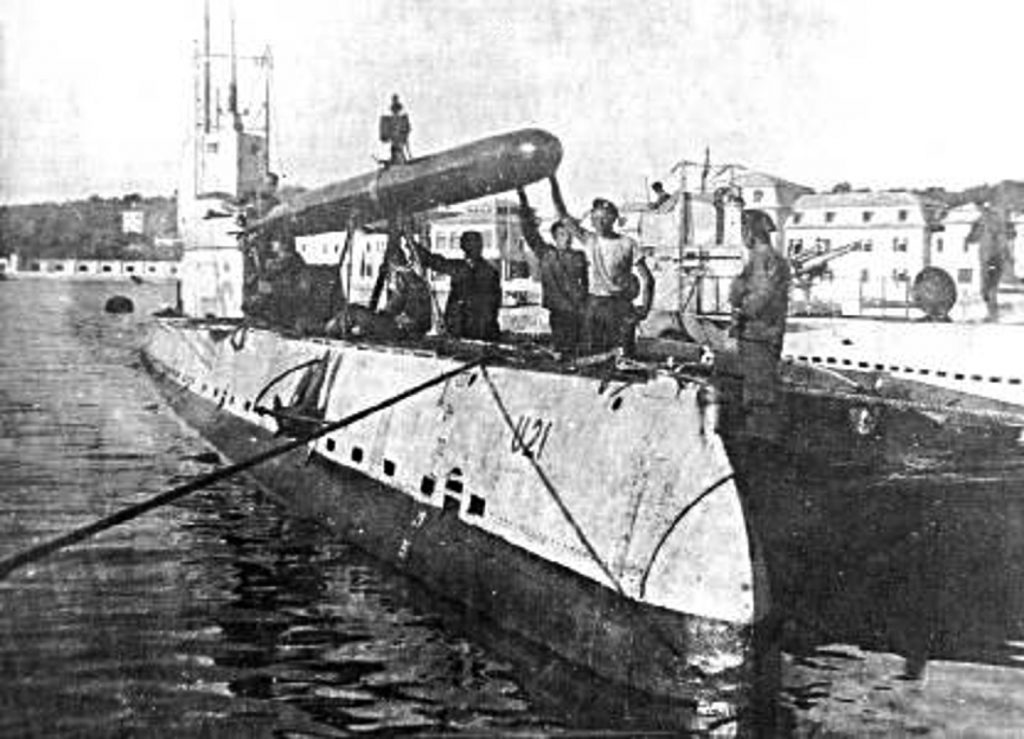 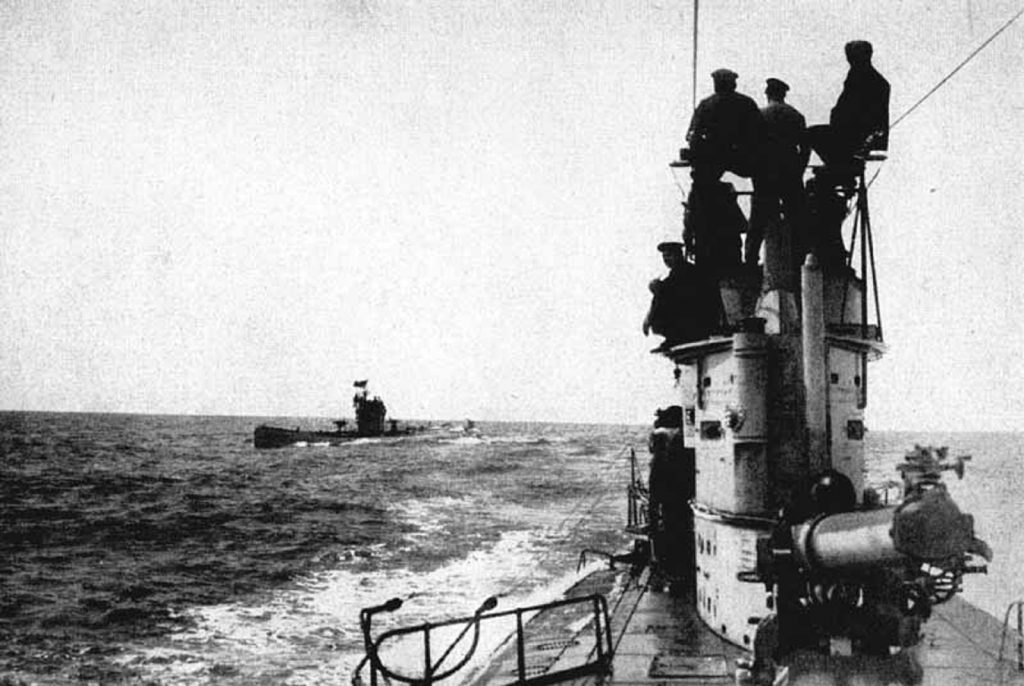 Meeting at sea after a long mission. 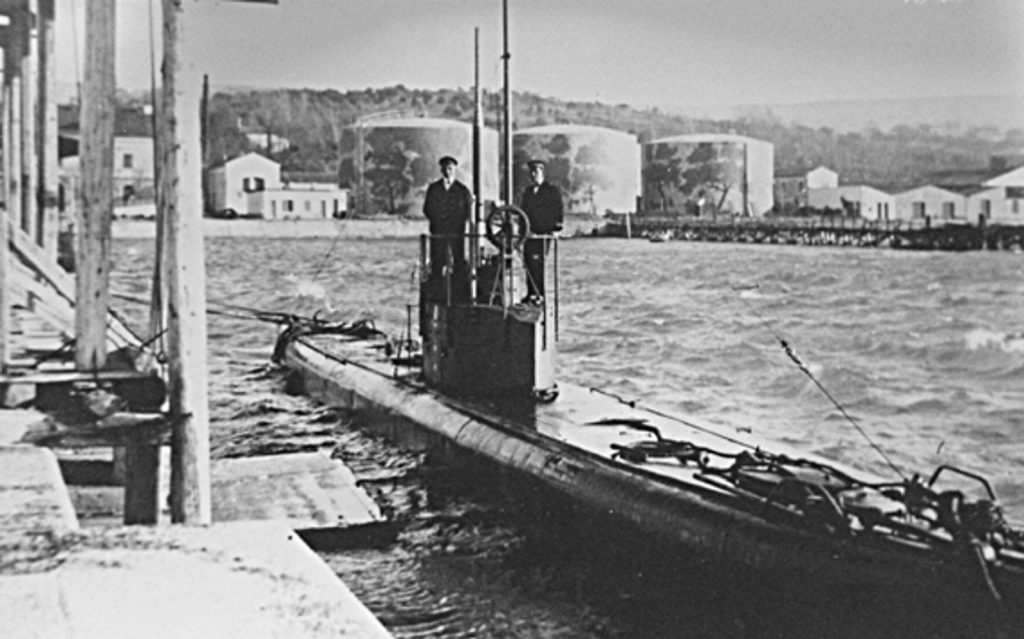 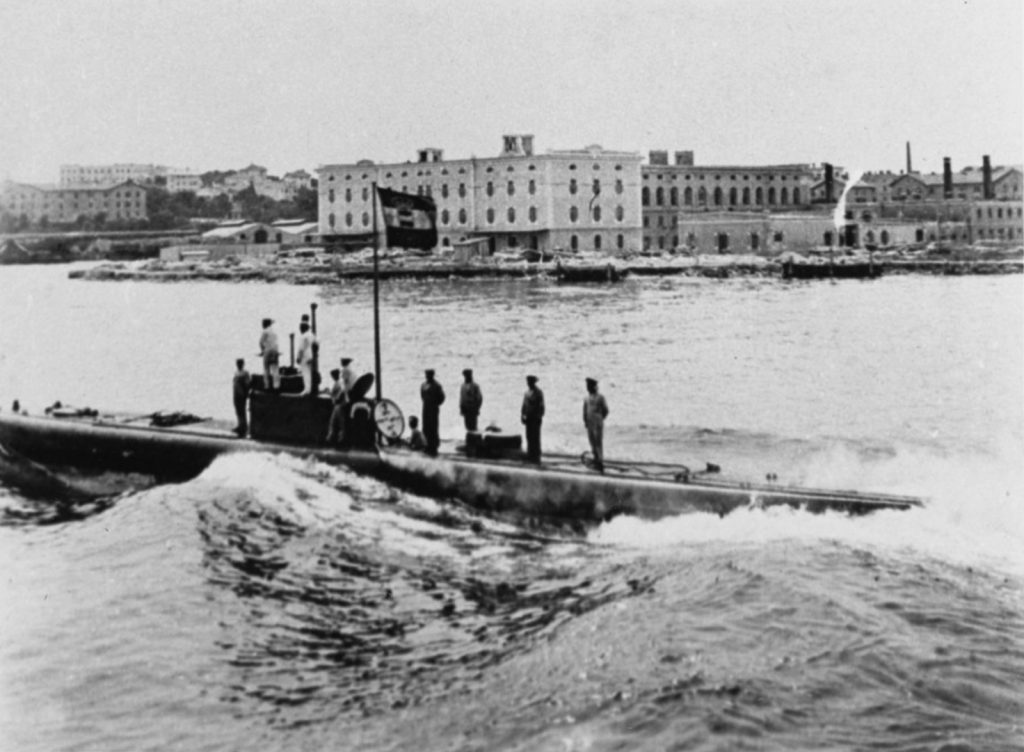 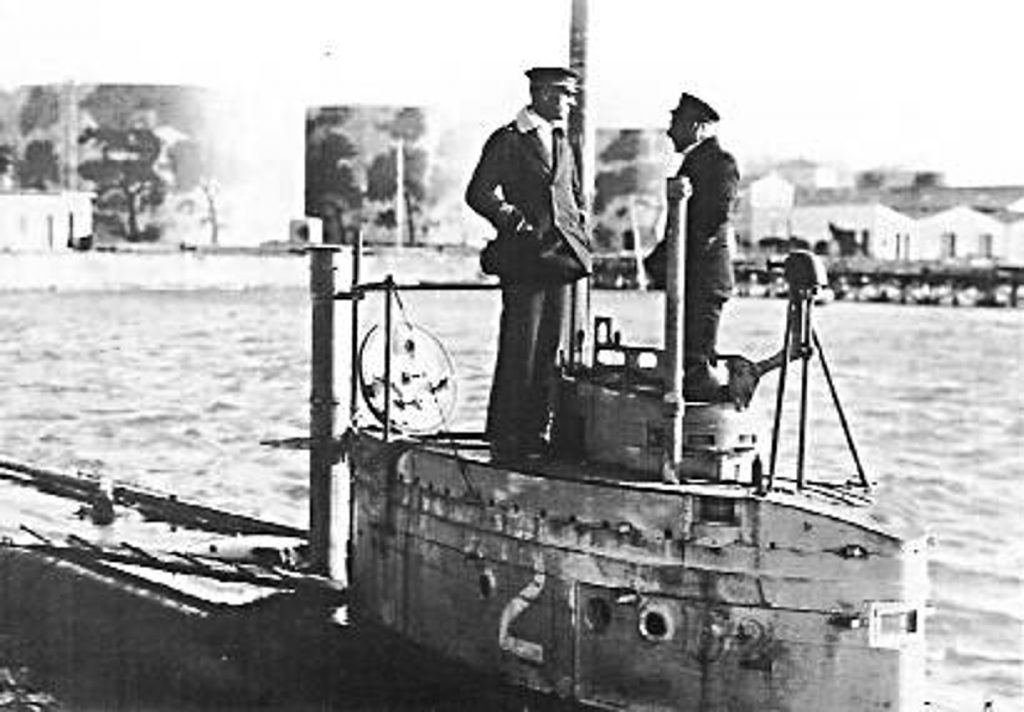 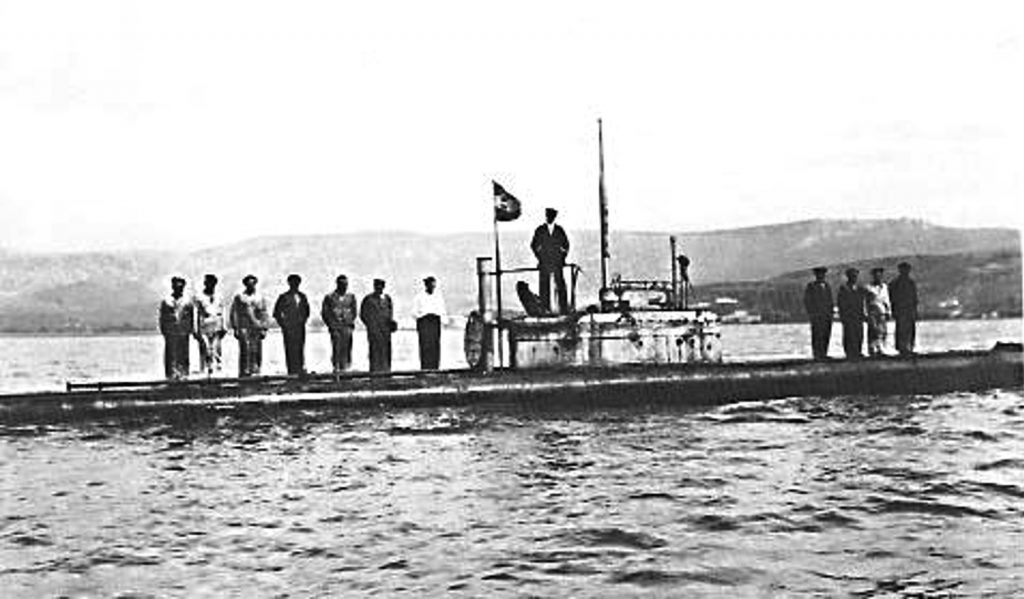 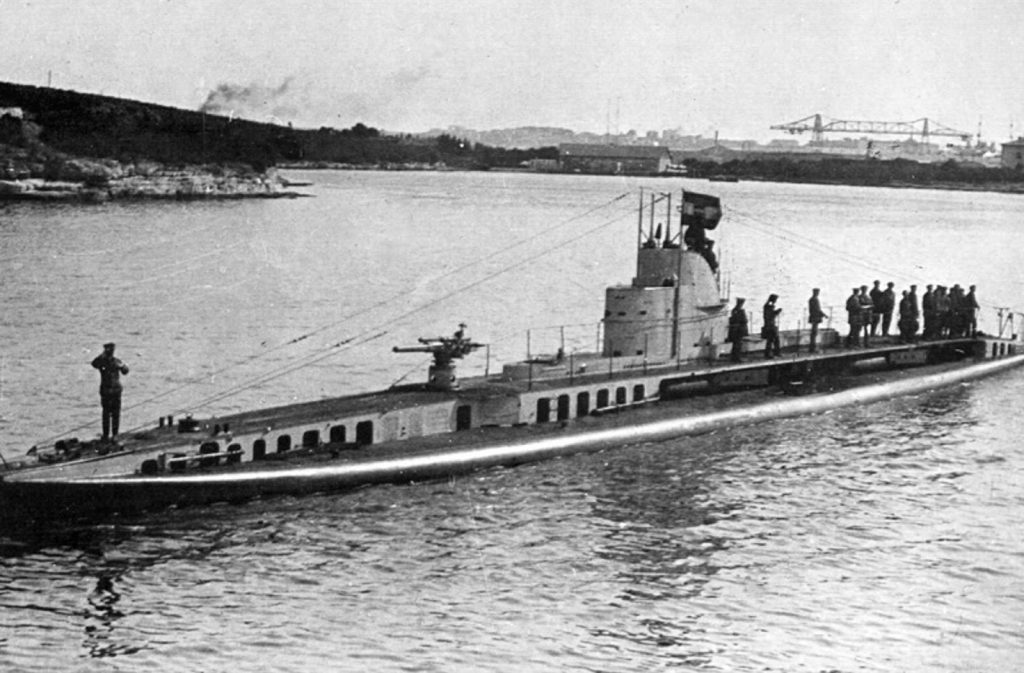 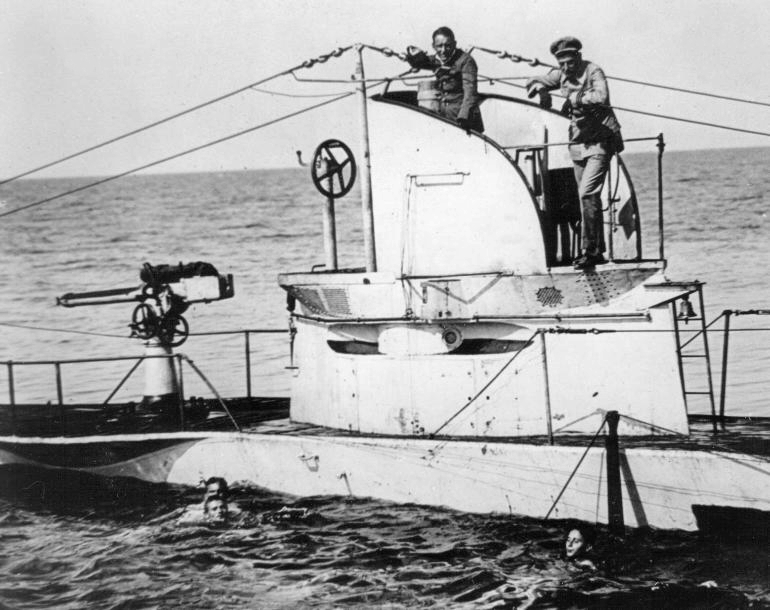 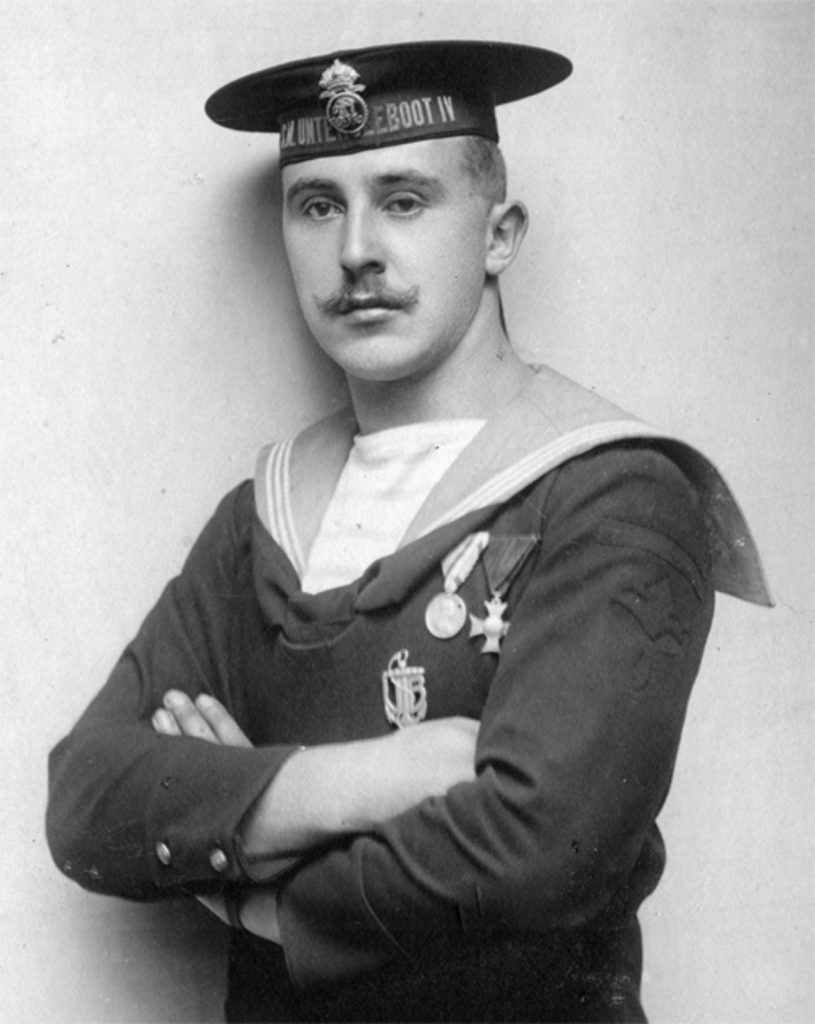 As known, during WWI soldiers and sailors of all nations, languages, and faiths, from Trieste, Istria, and Dalmatia fought with loyalty, courage, and sacrifices for Austria-Hungary, together with the other people of that ancient and strong plurinational community of Mitteleuropa.

After WWI, memory of the faithfulness, dedication, and of the sacrifices of our soldiers and sailors was cancelled and denied by the nationalisms that ultimately resulted in a whole century of dictatorships, mourning, and unprecedented suffering, at the end of which that memory is now gradually returning, with its meanings and values.

This rediscovered memory, however, so far did especially focus on Austro-Hungarian land forces, and the War Navy, but did especially overlook submarines, which in WWI were used, for the first time, ending the traditional, absolute hegemony of surface fleets.

Civiltà Mitteleuropea promotes an exhibit, curated by Alessandro Mlach, and consisting in more than 60 photographs and other informative material to remember Austria-Hungary’s SMU-Seine Maiestäts Unterseeboote and their courageous crews.

The earliest submarines were designed, built, and used in that war by the United Kingdom, by France, by Italy, by Germany, and by Austria-Hungary. Our navy designed and built submarines in the shipyards of Trieste (Stabilimento Tecnico Triestino/San Rocco), of Pola, and of Fiume (Whitehead), but did also use many German-made units, and a captured French one.

During WWI, the Central Powers deployed about 60 submarine unites, divided into three flotillas based in Trieste, Pola – Pula, Cattaro – Kotor and Constantinople (Istanbul after 1930).

In the port of Trieste, submarines had their operational base at San Sabba, near the costal fuel depots, and during the war SMU1 and SMU2 (mod. Lake) patrolled the Gulf of Trieste defending the city and the port.

It was from that Trieste base that, in 1915, SMU12 left for its last, daring mission to the port of Venice: in command was Triestine Lieutenant Egon Lerch who, in 1914, had torpedoed French battleship Jean Bart, and captured or sank many enemy units.

SMU3 and SMU4 were as well under the command of a Triestine officer, Gustav Klasing, who later became an ace of the Austro-Hungarian navy, as did Triestine Gottfried von Banfield.

Submarines could sink more enemy ships than surface fleets could and, in the Mediterranean, the losses inflicted by Austrian and German U-Boote were higher than those inflicted by the enemies.

The ethical rules of submarine warfare respect to intercepted civil enemy ships required the submarine to emerge and order it, with a first cannon shot in front of the vessel, to stop and abandon the ship on its own lifeboats. The empty enemy ship was then torpedoed or bombed, and ultimately sunk.

Life conditions on board of the earliest submarines was extremely hard due to reduced space, fuel exhalations (early motors required oil, later diesel), due to humidity, while in the engine room the temperature could easily reach 95-122°F, and also by the necessity to emerge and supply the crew with clean air through the turret and the deck doors. 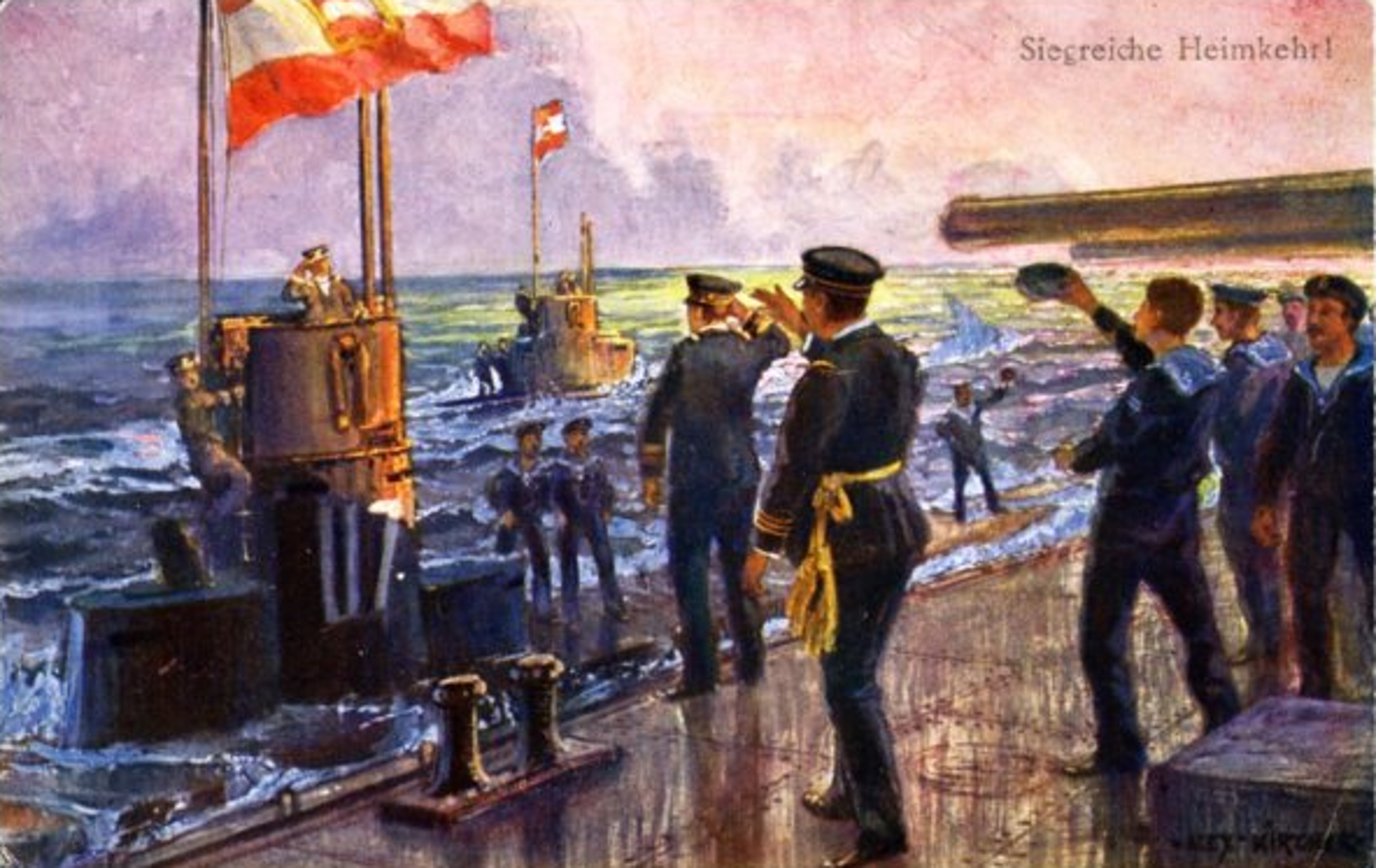